On my Flickr feed I shared several pictures of the rocky canyon paths that Jackie and I hiked in Utah with the tag “vitamin texture.” Katy Bowman uses the term to talk about how always walking on flat, level paths fails to provide some of the “movement nutrients” our feet, ankles, calves, knees, and other body parts need to be healthy and capable.

There’s not much in the way of rocky terrain here in Central Illinois (although there are some forest paths with enough exposed roots to produce a reasonable degree of ruggedness). There’s also not much in the way of ordinary hills unless you’re willing to drive for at least half an hour, but I do have one reasonably convenient hill: the highest point in the county is just a couple of miles away—a man-made hill in Colbert Park.

Jackie and I walked there a couple of days ago and climbed up and down the hill a couple of times. The image above is the view from the top of the hill, and here’s an image of Jackie walking up: 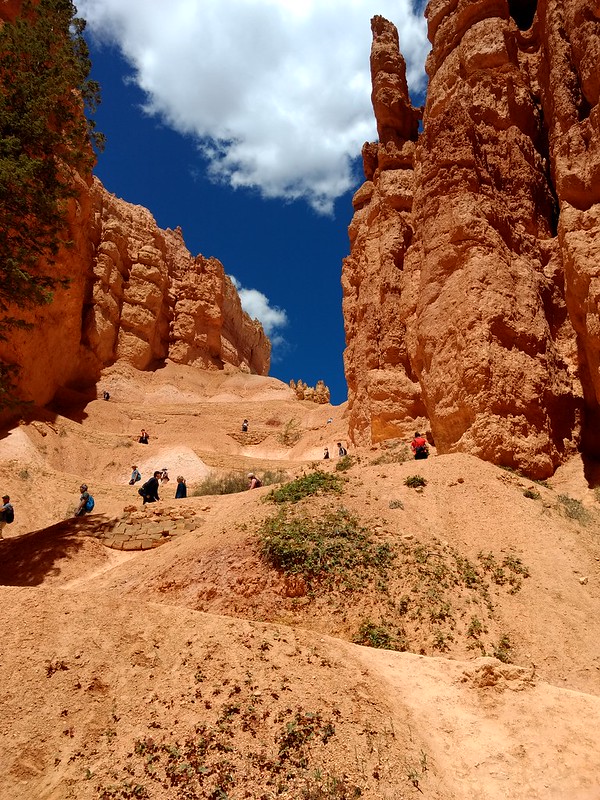 But it’s steep enough to provide a good calf stretch.

I’ve thought to use the Colbert Park hill for running hill repeats, but it’s just far enough that I’m generally not up for running there, running hill repeats, and then running home. (I think I did that one time, about two years ago.) I could drive to the park, but that just seems too lame. Still, my running is coming along okay this spring, so maybe I’ll be in shape to do hill repeats in the middle of a five-mile run pretty soon.